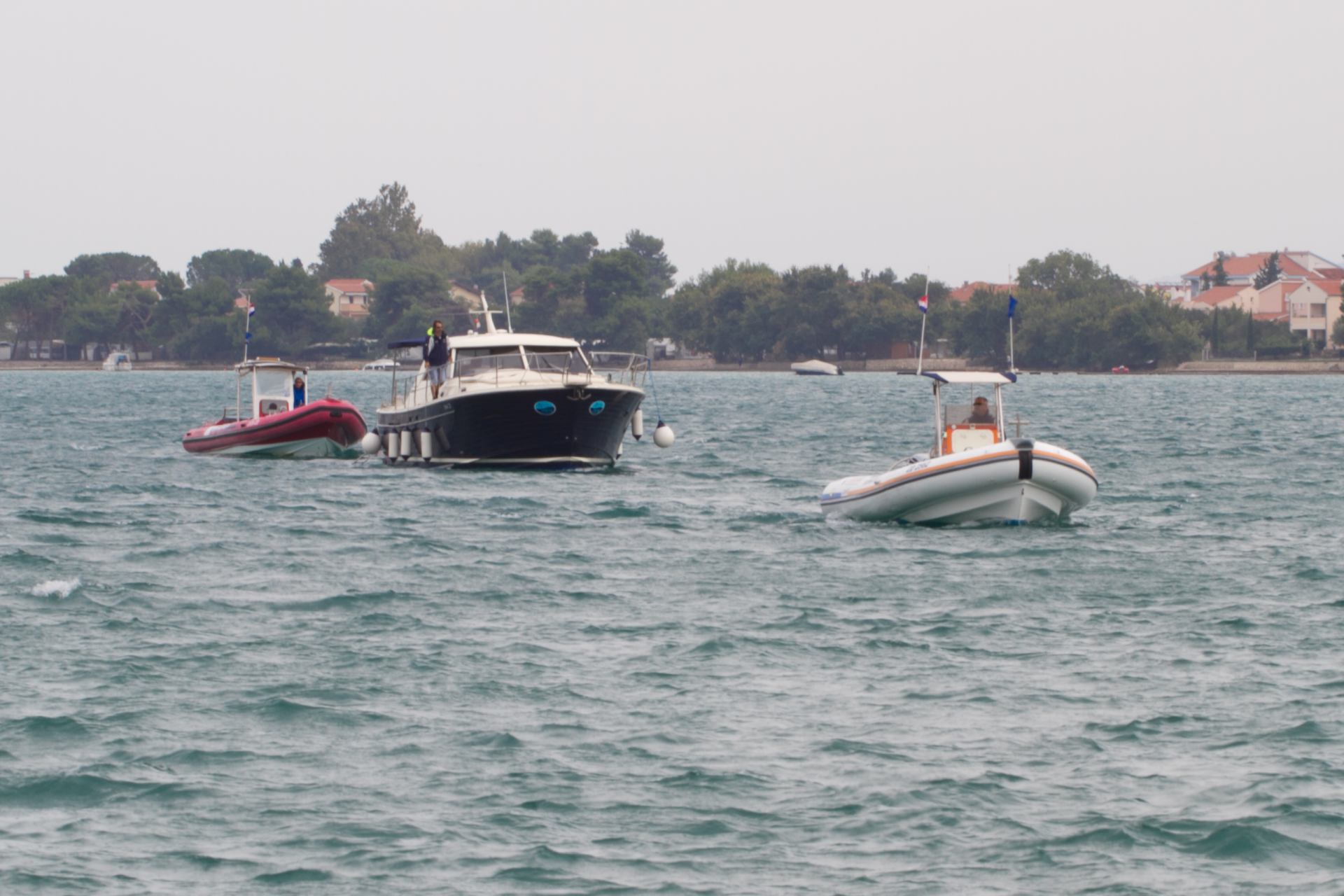 Here are some good nautical news during the Corona crisis! Premium Yacht Insurance by Jack Surija is now offering incentive and innovative additional services included in its boat and yacht insurance policies: it is about two cost-free significant services during the pandemic 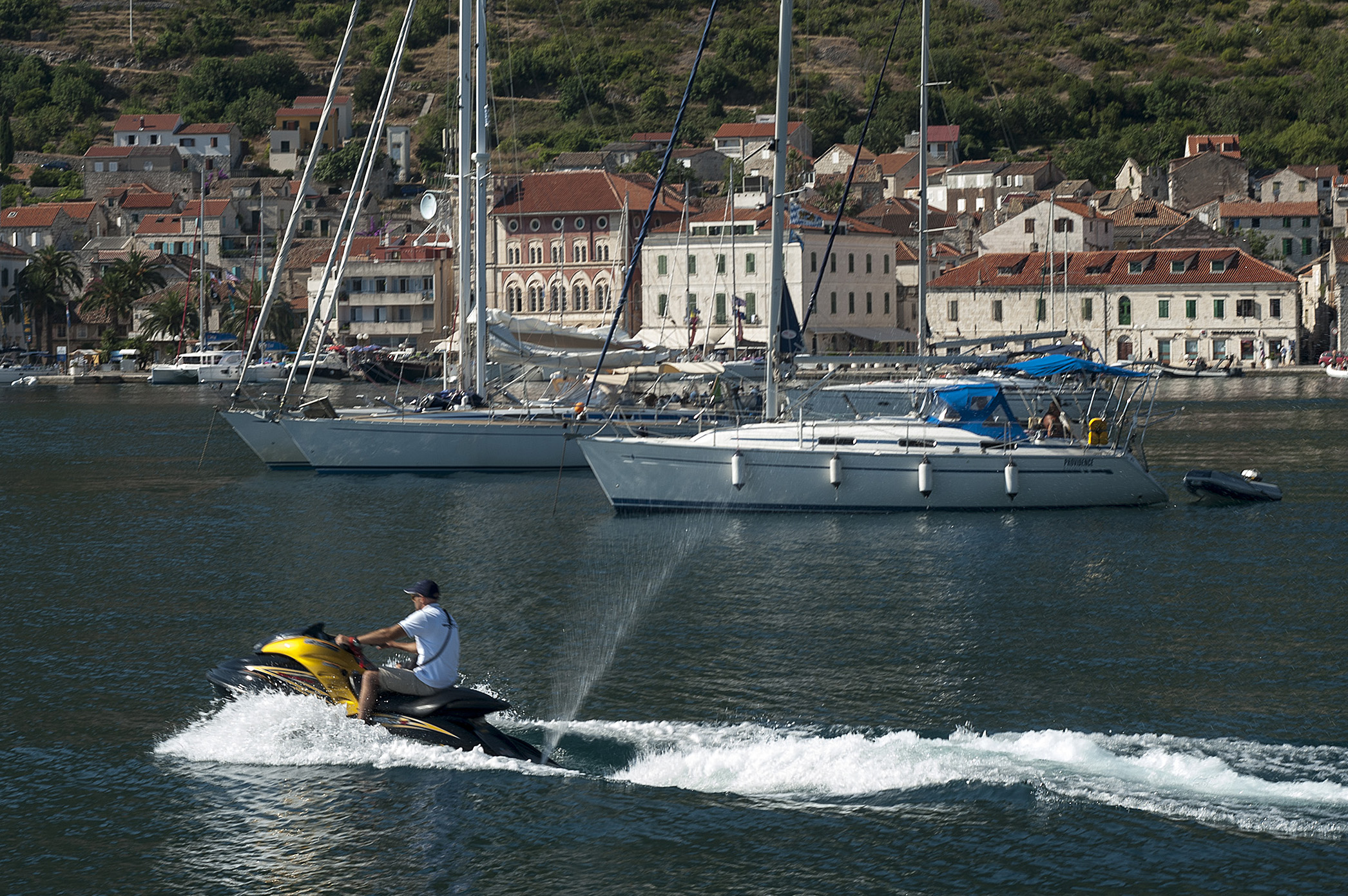 New Rules for boats and yachts

From the 1st of February new Rules for boats and yachts (Pravilnik o brodicama, čamcima i jahtama) have came into force due to EU rules harmonization and to bring order to the ever-increasing maritime traffic in the Adriatic 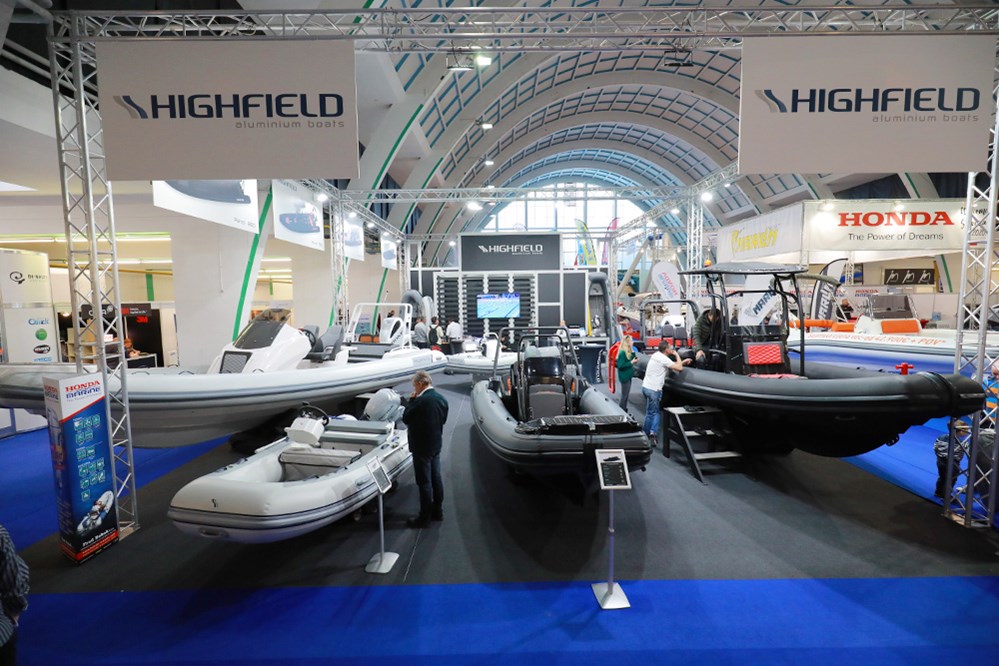 Zagreb boat show was held from 19th to 23rd of February and it was objectively slightly larger than the year before, but subjectively the attendance was relatively poor

Our Jack Surija in a show Auto Moto...

Our Jack Surija in a show Auto Moto Nautic Vision speaks about marine insurance 20 years ago and now. 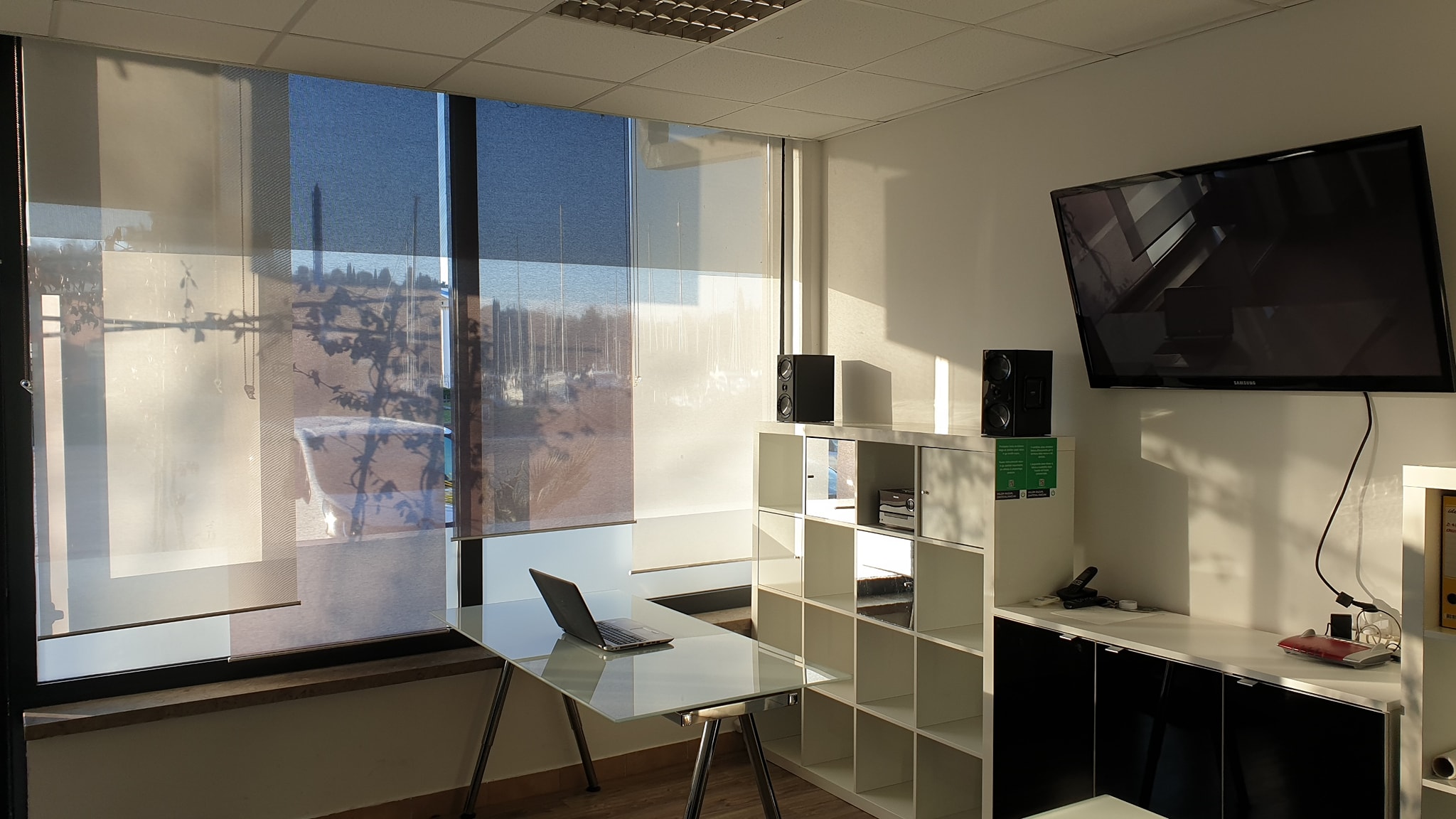 FIND PYI IN PORTOROŽ TOO!

Our partner and representative for Slovenia, Ladi Živič, opened the office in the largest Slovenian marina - Portoroz. JACK IN THE USA

Displayed certificate confirms that our Jack, a longtime member of IAMI, has attended and completed specialized Regional Training for Marine Professionals – investigators in Henderson, Nevada state of USA! 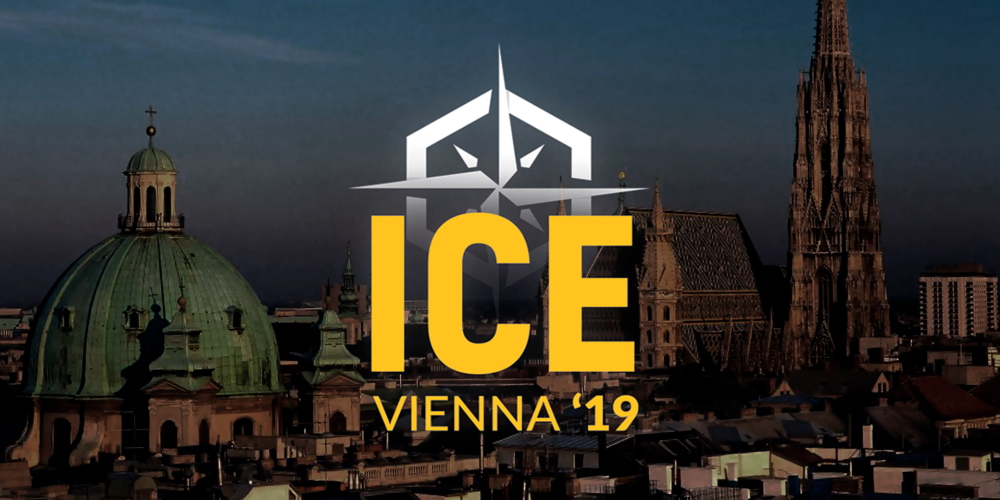 Premium Yacht Insurance once again took part in the largest international charter business fair which was held from 7th to 10th of November 2019, for the first time in Vienna!

Jack speaks about his beginning... 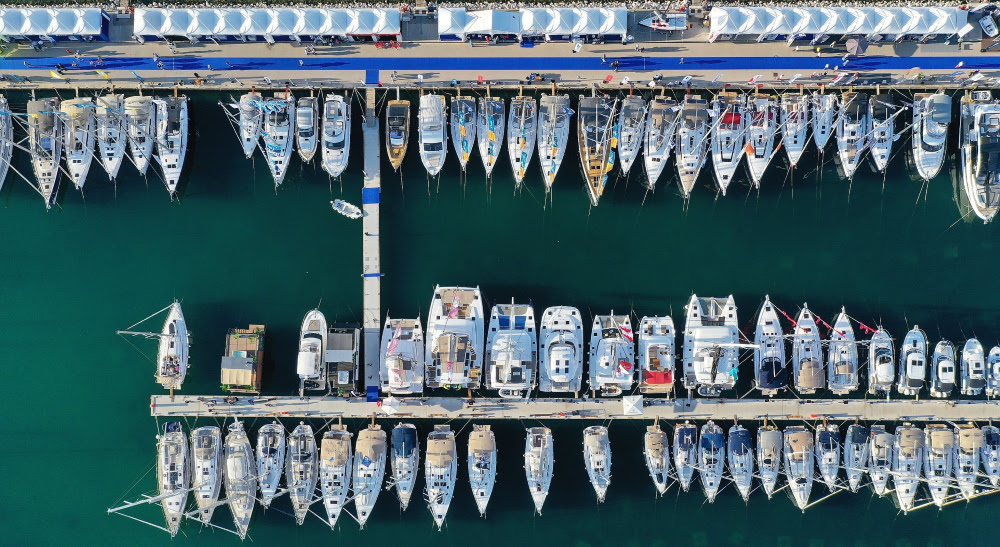 Perfect weather, wonderful atmosphere as well as the largest and the best range of boats and equipment on display marked the 21st edition of Biograd Boat Show

Video about 25th anniversary of PYI On the occasion of the 25th anniversary of Đek’s involvement in marine insurance business on 30th of August we organized dinner party for our loyal partners, associates and friends.

Our Jack is speaking for Auto Moto Nautic Vision about insurance for charter companies which covers incorrect boat and yacht repairs. 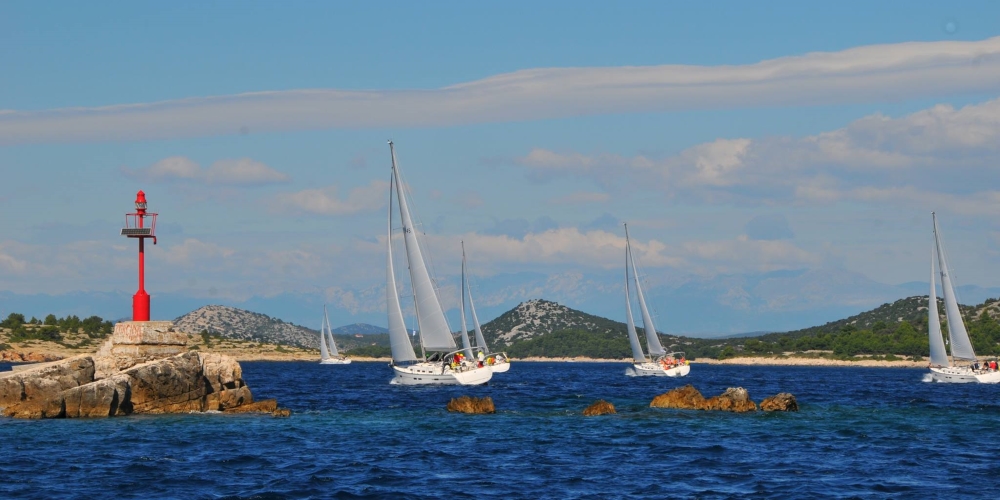 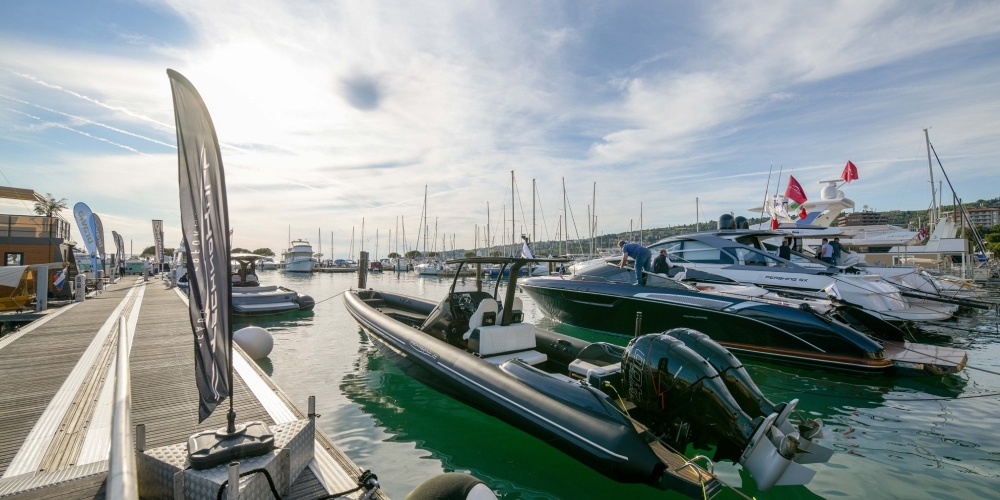 New Slovenian boat fair, Nautica Marina Portorož, was held from 16th to 19th of May, and Premium Yacht Insurance was exhibiting as well 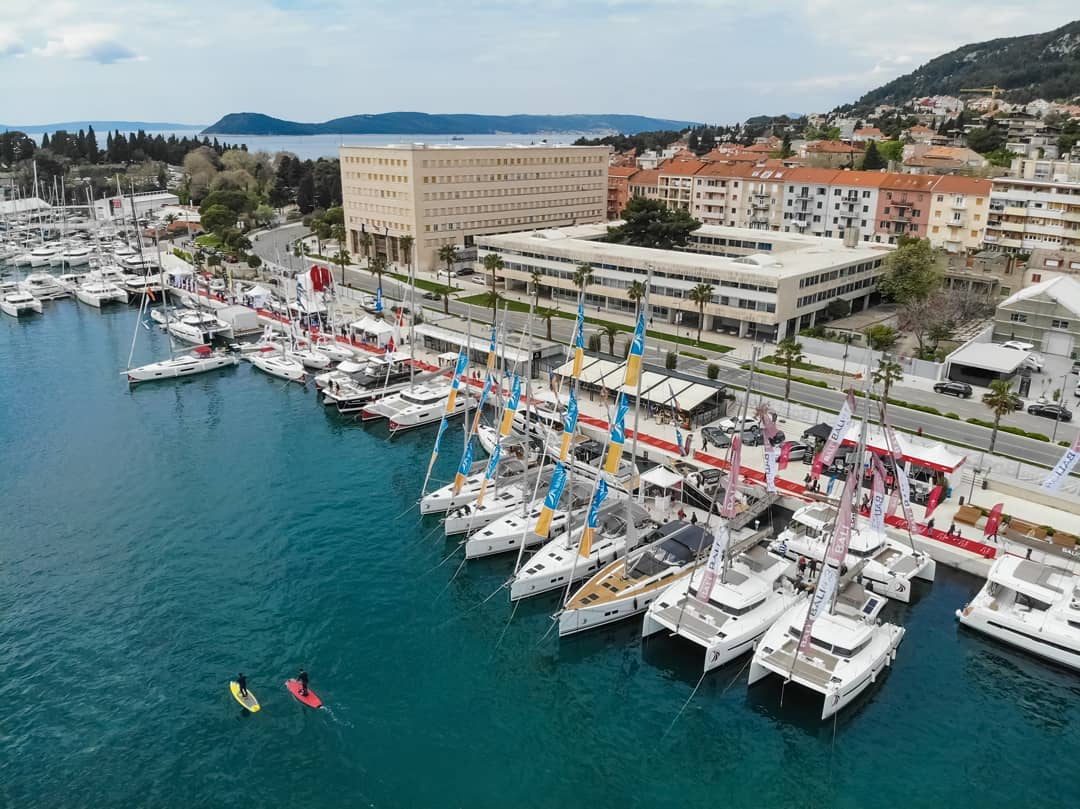 Premium Yacht Insurance by Đek Šurija, the best boat and marine insurance in the Adriatic, exhibited at the 28th Zagreb Boat Show

Our Jack Šurija in Auto Moto Nautic Vision TV series speaks about charter payment insurance which we offer in cooperation with renowned Pantaenius.

Our Jack Šurija in TV program Auto Moto Nautic Vision talks about REX partner network of nautical insurance for boats in the Adriatic.

At the beginning of November we arranged another community excursion, while for destination we chose the always interesting Istanbul. Our happy companion included 26 members together with numerous Premium Yacht Insurance team. We also visited Safter boat yard. Accompanying events in Biograd were numerous and interesting but one event was outstanding: joint presentation of Croatian Ministry of Tourism and Ministry of Maritime Affairs, Transport and Infrastructure. It was the first time they publicly introduced overall detailed data about domestic...

The most successful and largest domestic boat show was held from 18th to 21st of October. The overall atmosphere was fantastic and worthy of 20th anniversary of the Biograd fair. Premium Yacht Insurance by Jack Šurija participated once again successfully and presented new skipper's liability... 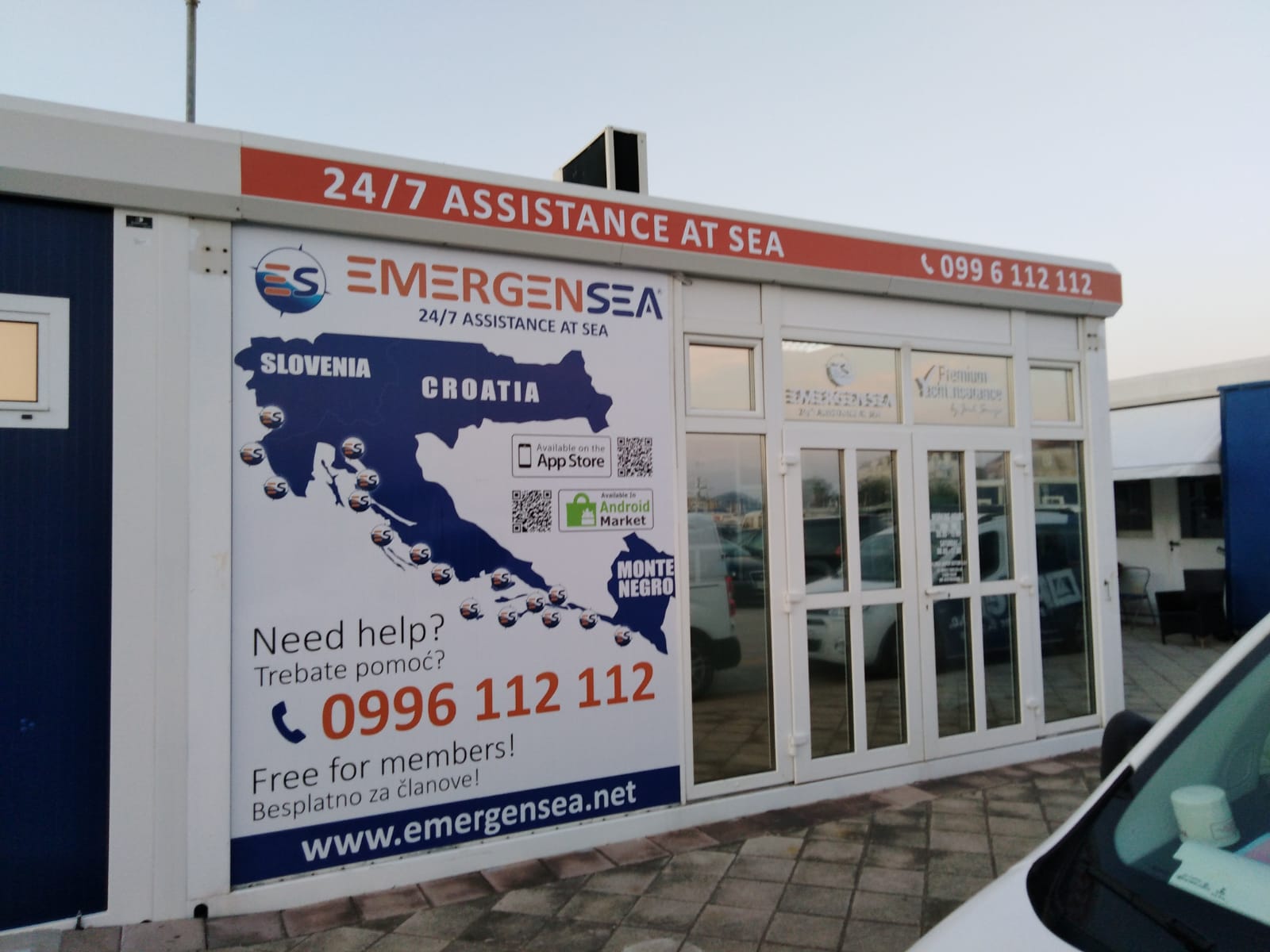 The most famous marine insurance in the Adriatic – Premium Yacht Insurance by Jack Surija, together with long-term partner, the largest Croatian network for help at sea – EmergenSea, are now available to their clients in the new, common premises located in Marina Kornati in Biograd na moru

Tailor made service - the quickest in...

PYI sponsor of HIR 3 journey around...

On Sunday, 17th of June, from Mali Lošinj started another journey of legendary sailboat HIR 3 around the globe, this time with Saša Fegić as a captain. With joy we decided to sponsor complete insurance policy for HIR 3 and her brave skipper.

This year edition of the only Slovenian boat show, held from 17th to 20th of May in Marina Portorož, didn't overlook expectations 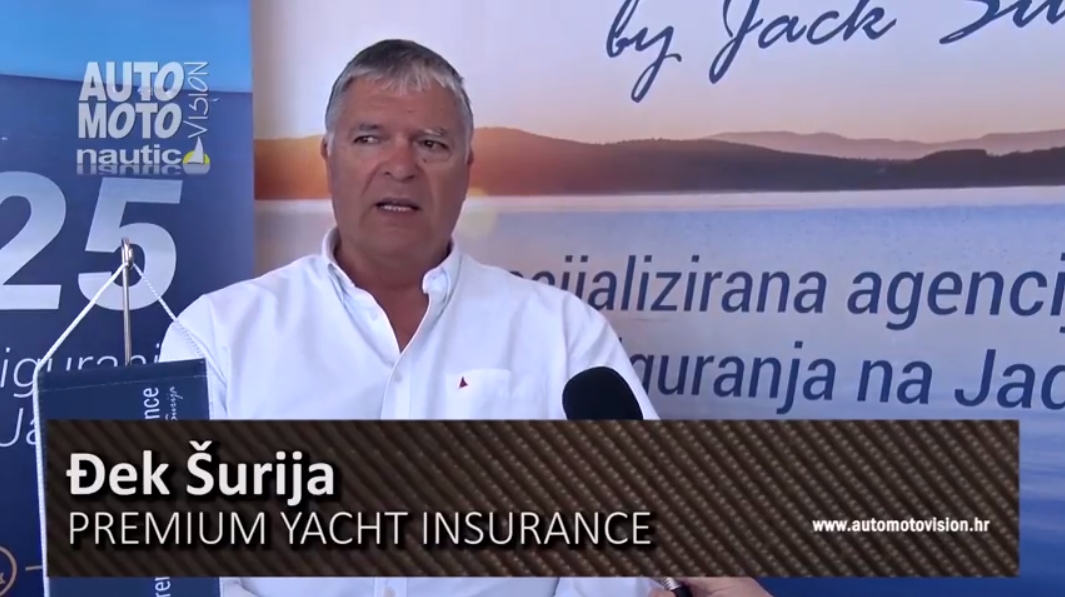 From 11th to 15th of April 2018. it was held 20th Croatia Boat Show in Split, at the Western Waterfront, and after several years Premium Yacht Insurance by Jack Surija was exhibiting again as well 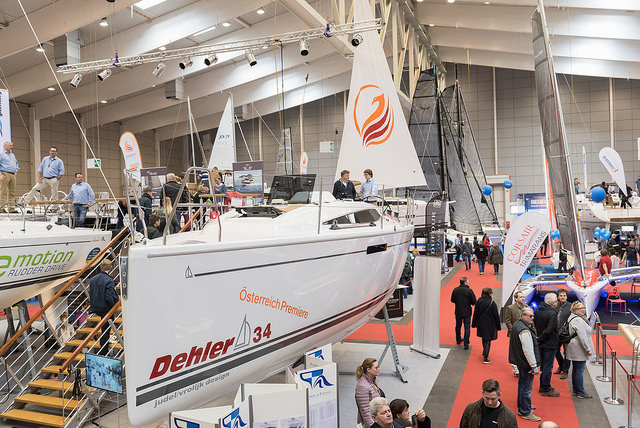 From 21th do 25th of February 2018. Premium Yacht Insurance by Jack Šurija participated at the 27th edition of Zagreb Boat Show 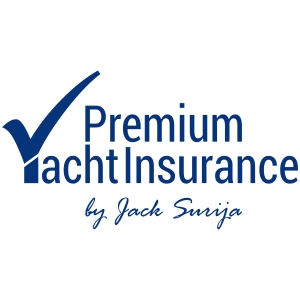 Yacht-Pool changed its slogan to... From 19th to 22nd of October 2017. Yacht-Pool participated at the 19th edition of the largest and most popular boat show in Croatia and region, Biograd Boat Show

In Poreč, Yacht-Pool hometown, from Friday, 26th to Sunday, 28th of May we organized our traditional Yacht-Pool Party where we hosted our dear friends, customers and policy-holders as well as loyal partners

One of the largest and most popular boat shows in the Adriatic, Internautica, was successfully held in Marina Portorož at the beginning of May, with Yacht-Pool as an exhibitor which, together with Adriatic Wave, organized party and world premiere of Absolute 58 Fly yacht

Kornati Cup 2017, 17th edition of one of the largest Adriatic regatta, was traditionally held from 29th of April to 5th of May in Northern-Dalmatian archipelago, with a starting point in Biograd na moru; traditionally, Yacht-Pool International participated as a sponsor with its team on Bavaria...

26th edition of Zagreb Boat Show was successfully held from 22nd to 26th of February, known also as Nautika, following more than positive trends of Croatian economy, especially those of tourist and nautical sector. Soon after Zagreb Boat Show, from 2nd to 5th of March in Tulln near Vienna was...

After 18th Biograd Boat Show was held from 20th to 23rd of October it is clear now that the largest and most popular Croatian boat show reached its maturity, which was marked by very decent edition. Literally, because of 18th birthday, but also because of excellent, high-level organization... 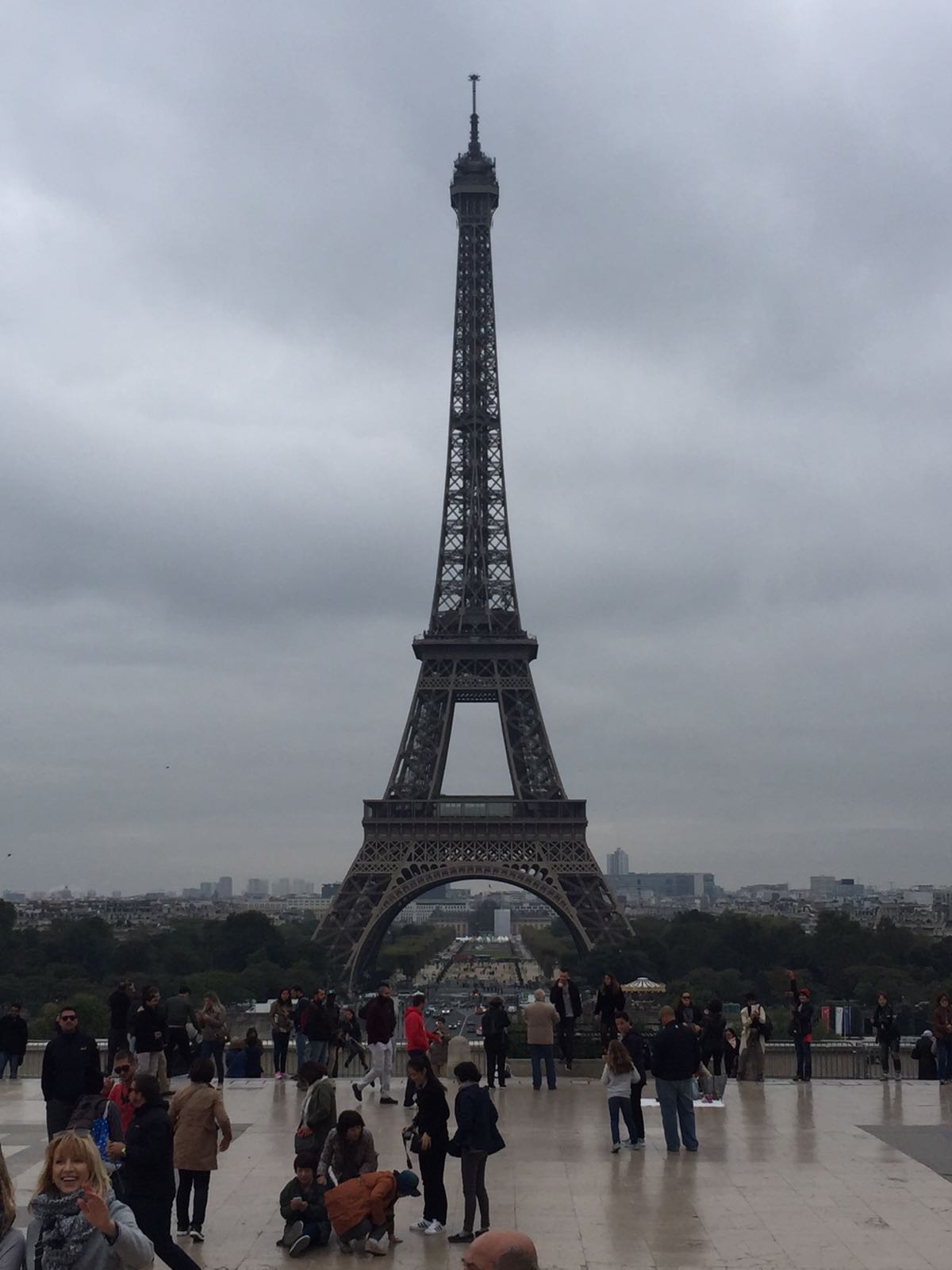 From 2nd to 7th of October 2016. we organized one such group study tour with business-excursion character to France, actually to the north-western part of this charming country, very outlandish and interesting to us, more oriented towards Mediterranean. Business part of the trip included visit to... 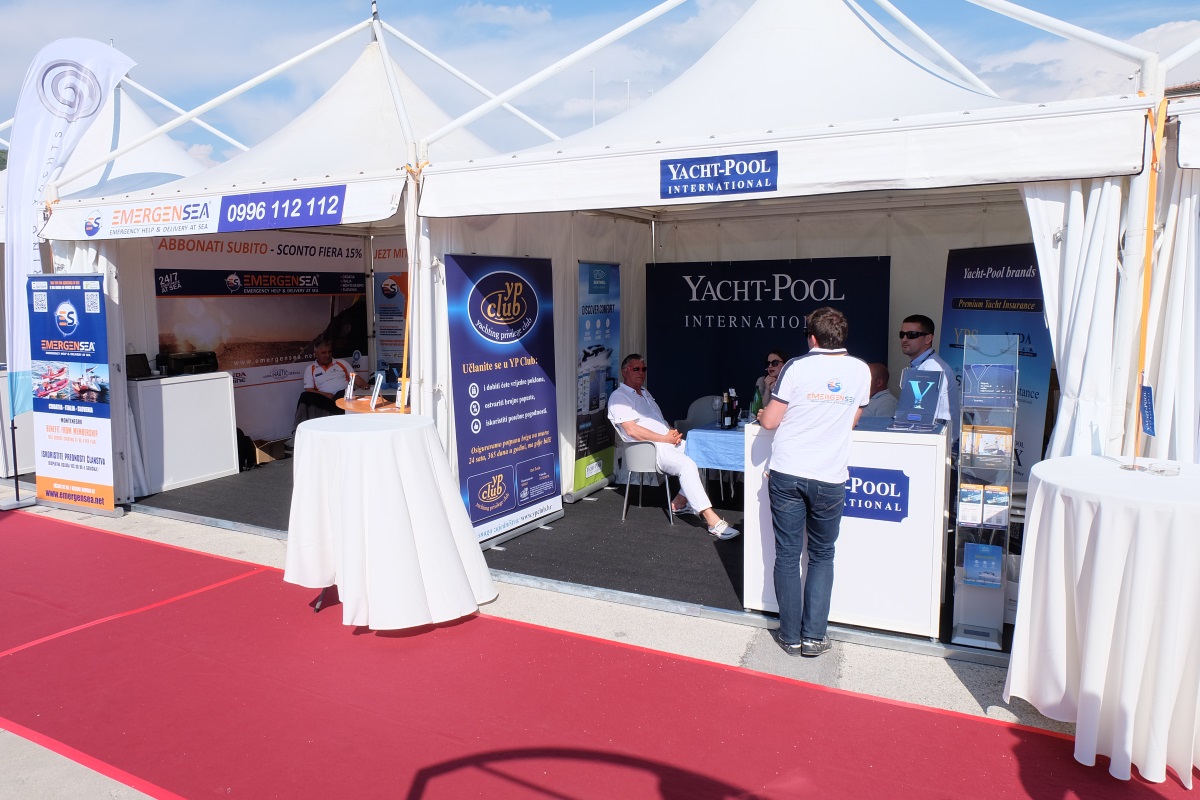 Yacht-Pool has once again participated at the 21th Internautica boat show held from Wednesday, 4th to Sunday, 8th of May in Marina Portorož. The show gathered some of the most important names of the international boating industry. Furthermore, we have acitvely participated in the events at the... 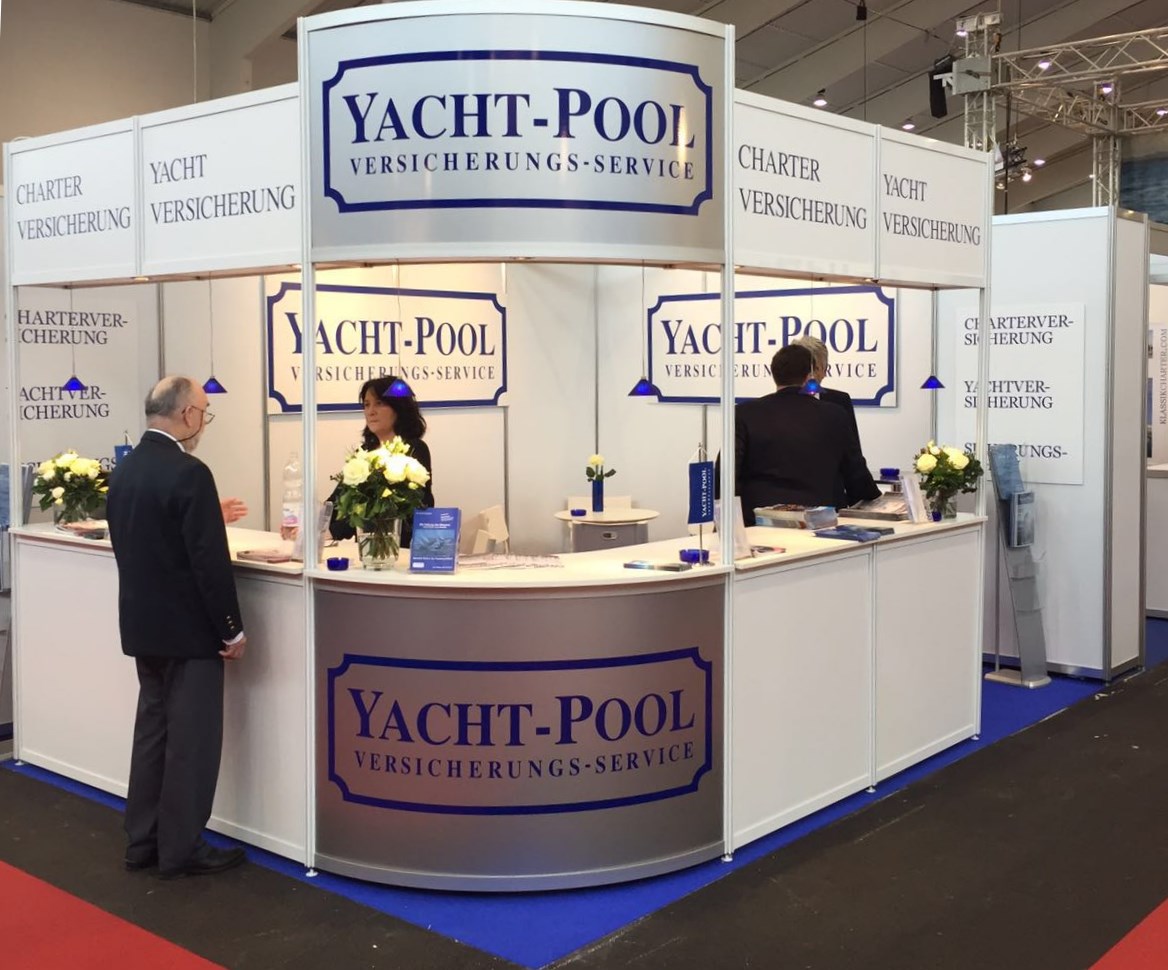 From Thursday, 3rd, to Sunday, 6th of March 2016, we participated in Austria's largest boat show, Austrian Boat Show or Boot Tulln, which was held for the 45th time in a modern exhibition complex of this nice little town near Vienna. 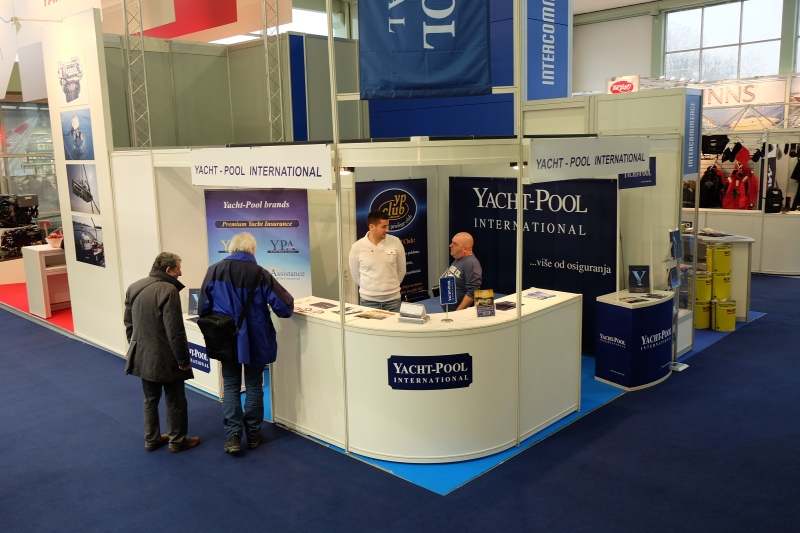 Yacht-Pool was once again present at the show with our recognizable stand, positioned at the usual place in the hall 10A. We promoted our specialized products and services for the boating sector, especially leading Croatian nautical insurance. We also hosted a number of our policyholders,... Yacht-Pool has this year actively participated in the Biograd Boat Show 17.0 with its program "Safety at Sea" within which were held interesting demonstrations of security systems functioning in practice 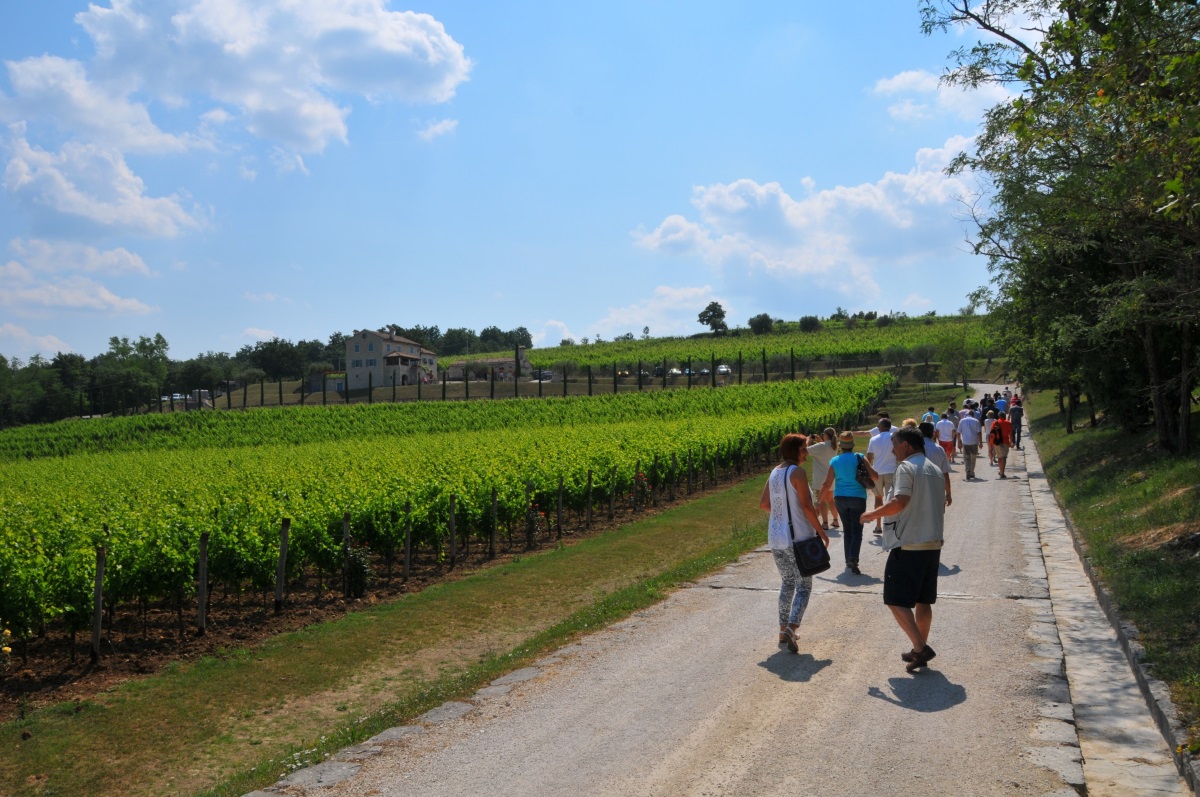 From 9th to 11th of June in Poreč was held first Yacht-Pool Charter Party, which we organized with support of our partners, Wiener Osiguranje and Sentinel company. This unique event brought together about eighty participants from charter business, managers and company-owners, who responded to our... 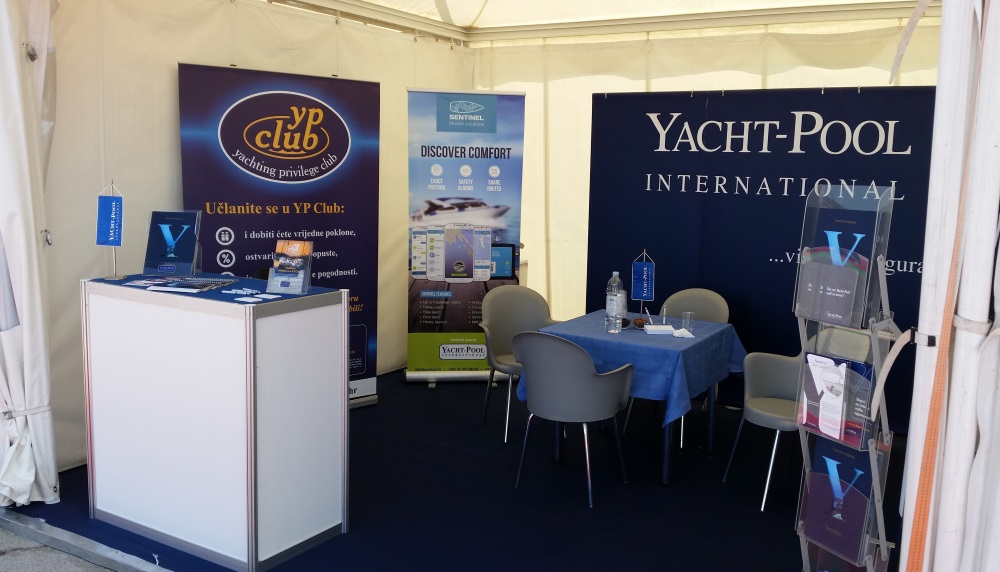 Every year the spring season of boat shows traditionally comes to an end with Internautica, the most important Slovenian boat show held in Portorož, but it is also one of the most important and largest boat shows in the Adriatic. Yacht-Pool has once again from 6th to 10th of May exhibited at this... After the premiere exhibiting in Serbia, Yacht Pool had this year decided to participate for the first time also at the boat show in Montenegro. Therefore, part of our diligent crew went to Budva from 16th to 18th of April in order to complement with our distinctive stand 33rd Nautic Show. Full... Visitors to the 37th International nautic, hunting and fishing show, which was held from 25th of February to 1st of March in renovated halls of Belgrade Fair on the south bank of the Sava river, for the first time could have visited the booth of Yacht-Pool in Hall 5. From 18th to 22nd of February Yacht-Pool has traditionally been participating at 24. Zagreb boat show. At its booth visitors have been presented with all of the insurance and other services and products intended for boaters but also for all the others that participate in the recreational boating...

New Yacht-Pool website has been put into operation. We hope You will like it and wish You pleasant browsing. On this website we presented all the important information we consider everyone should know no matter is he our partner, insured or only a visitor.