With its 20th edition Split boat show is definitely getting back on track evoking "days of glory". By walking around the fair one could again feel a bit of glamour and optimism that until 2009. were compulsory part of Croatia Boat Show. It was invested quite a lot in the organization, hence, the exhibition area was almost double since it was extended all the way to Matejuška and thus de facto included the whole new western waterfront, known as "zapadna obala". Novelties also included floating Yacht-Club with fine restaurant, while after ten years or so attractive Yachts Parade was organized during one of the evenings.

In spite of all mentioned there weren't many exhibitors, maybe around 100, but they managed to bring decent number of about 150 boats and yachts. Around 30 of them were Adriatic premieres. Variety of boats was also limited as, traditionally, there was lack of smaller boats up to 10 meters in length, suitable for local people There wasn't much of marine equipment as well, while quite the opposite, there were numerous sailing boats and larger, luxurious yachts. However, the atmosphere was pleasant, the weather was favourable, so large number of visitors came to see the show, although not many of them were potential buyers for boats and equipment. Real customers probably did not realize strong marketing campaign for the show would deliver such a "spectacle", but, in the end, surprisingly, a lot of promise was fulfilled.

After several years we have been exhibiting in Split as well, first time as a Premium Yacht Insurance by Jack Šurija. We came to familiarize our loyal customers and partners from Dalmatia region with our new brand identity and to present them our popular products and services, but also some news we prepared for the upcoming season. Namely, for the first time we also revealed our new cooperation with respectable insurance group Pantaenius, one of the leading insurance companies in Europe within marine insurance. We joined forces recently and offered our new charter insurance which we shall write more about in the next Newsletter. We shouldn't forget to mention that during the show PYI attended a wonderful celebration on the occasion of 10th anniversary of Emergensea company. Our long-standing business partner invited us for a festive dinner party in Milna on the island of Brač where they gathered all their present and future partners from the bases across the Adriatic.

Visitors could see many interesting new boats on the show as well and to mention few of the most important let's start with remarkable appearance of Navis Marine company, that entered the owner's and organizational structure of the show. They had on display even 10 yachts from Azimut-Benetti Group, among which premieres of newest Atlantis 51 and sturdy trawler Magellano 66 were most interesting. Navis Marine exhibited also several other boats of other brands, such as inflatable boat Pirelli J33 Jet Tender or large sports cruiser Evo Yachts 43 which features modern system for extension of stern part of boat hull and therefore of cockpit as well.

First time in Split one could see another two bulky and robust trawlers, Raphael 65 and Sundeck 550. Among middle-sized yachts premiers included futuristic Sealine F430, two elegant sport yachts Beneteau Gran Turismo 40 and 50 Fly as well as spacious day-cruiser Sea Ray 320 Sundancer. Smaller and more affordable boats which caught glances of visitors were two attractive aluminium "beasts" from Finnish boatyard XO Boats, then versatile Beneteau Antares 9 and unconventional Sealver 525 Wake. Perfect for fun, Sealver in fact is not a self-contained boat but a kind of "extension" for jet-ski that provides propulsion, at the same time expanding capacity to six persons. 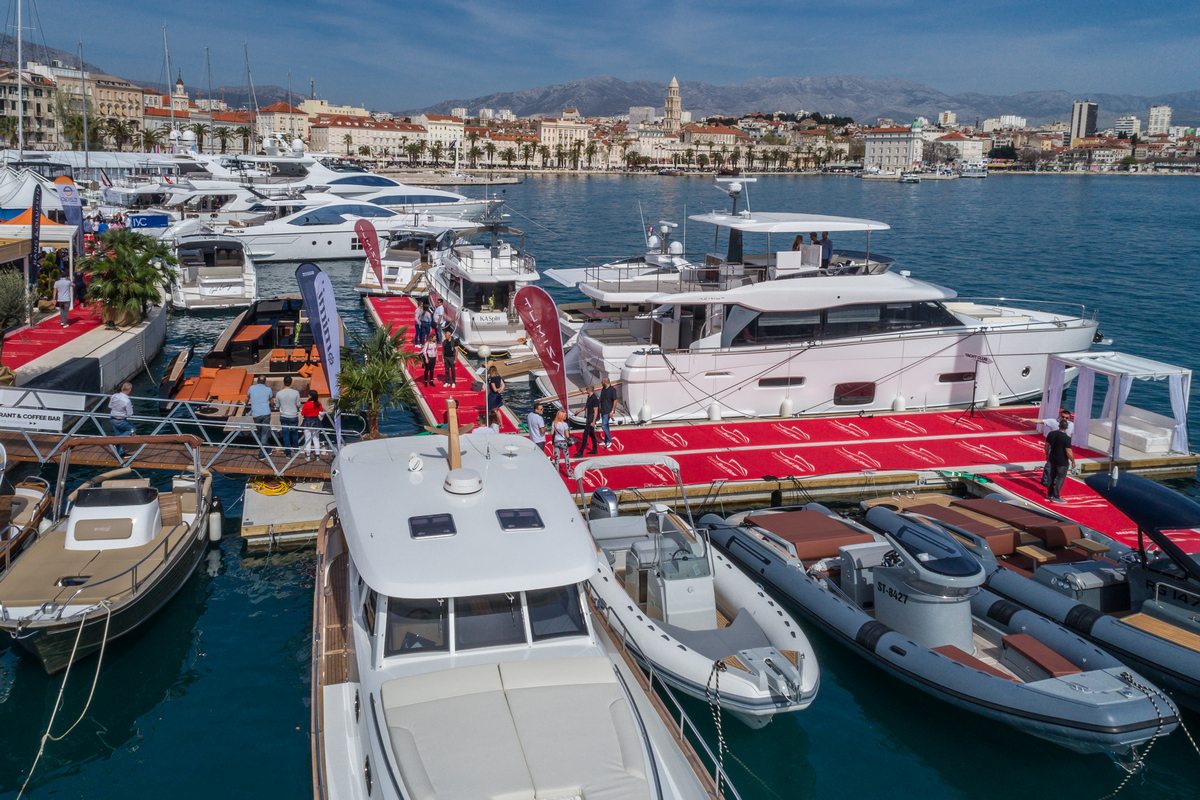 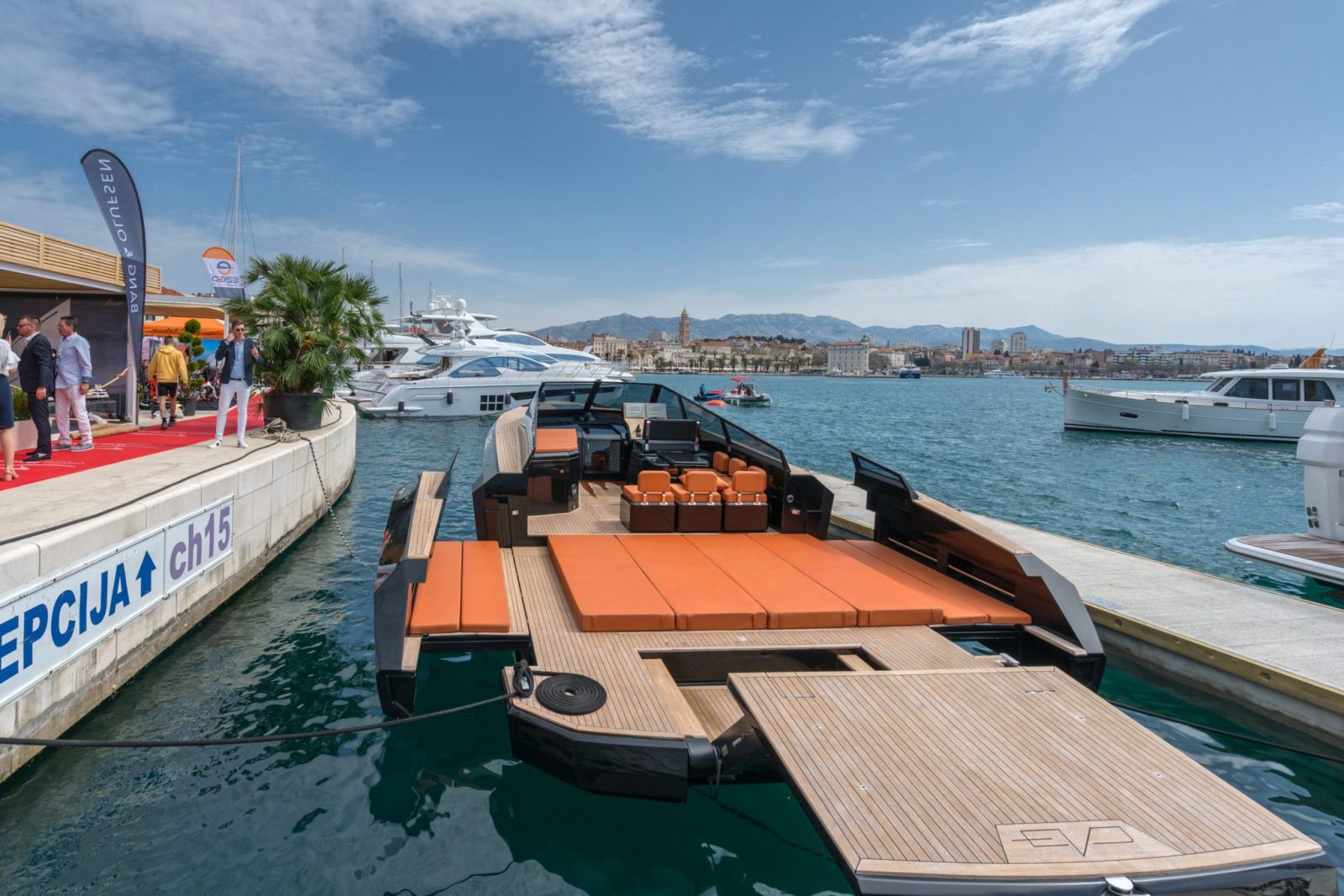 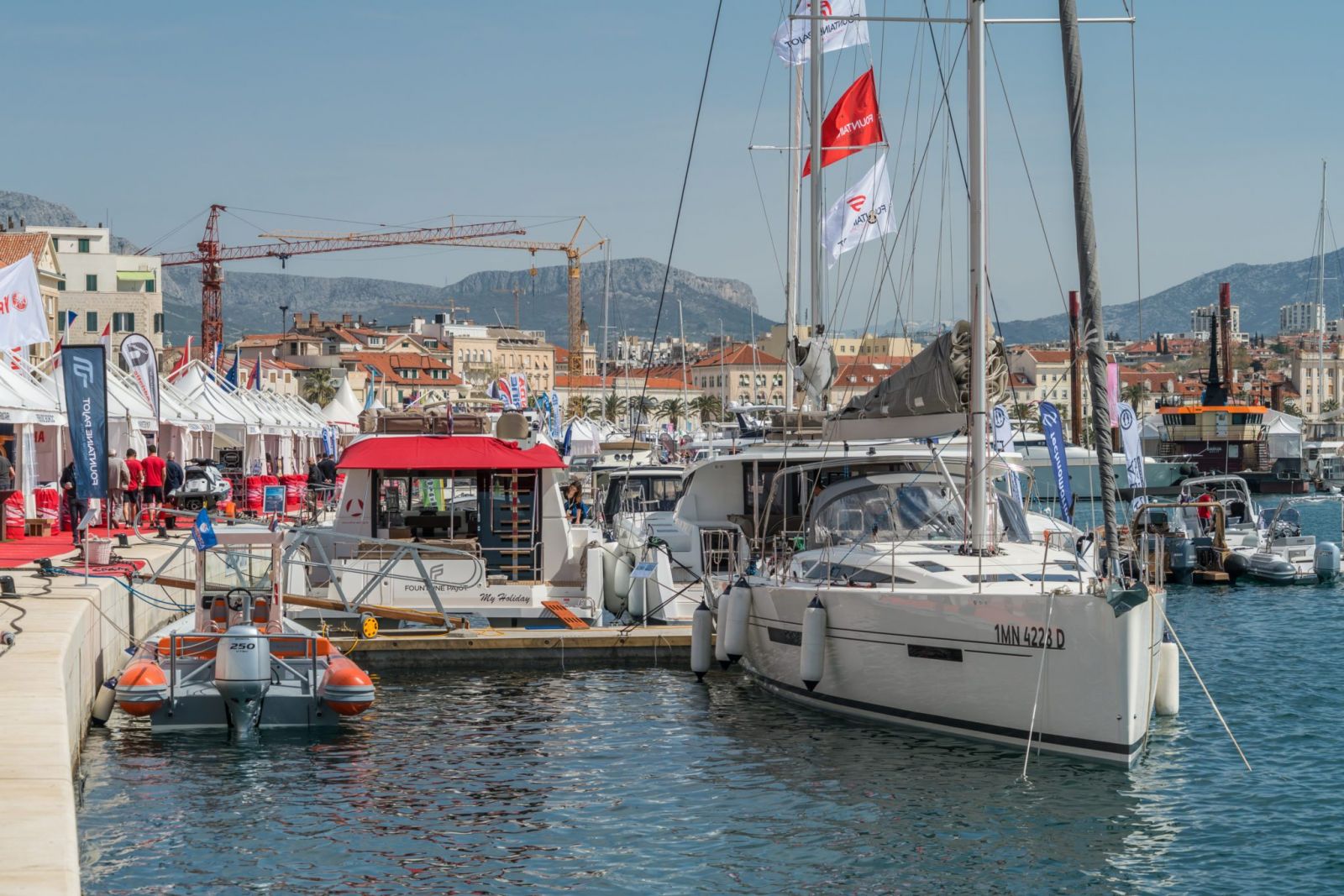 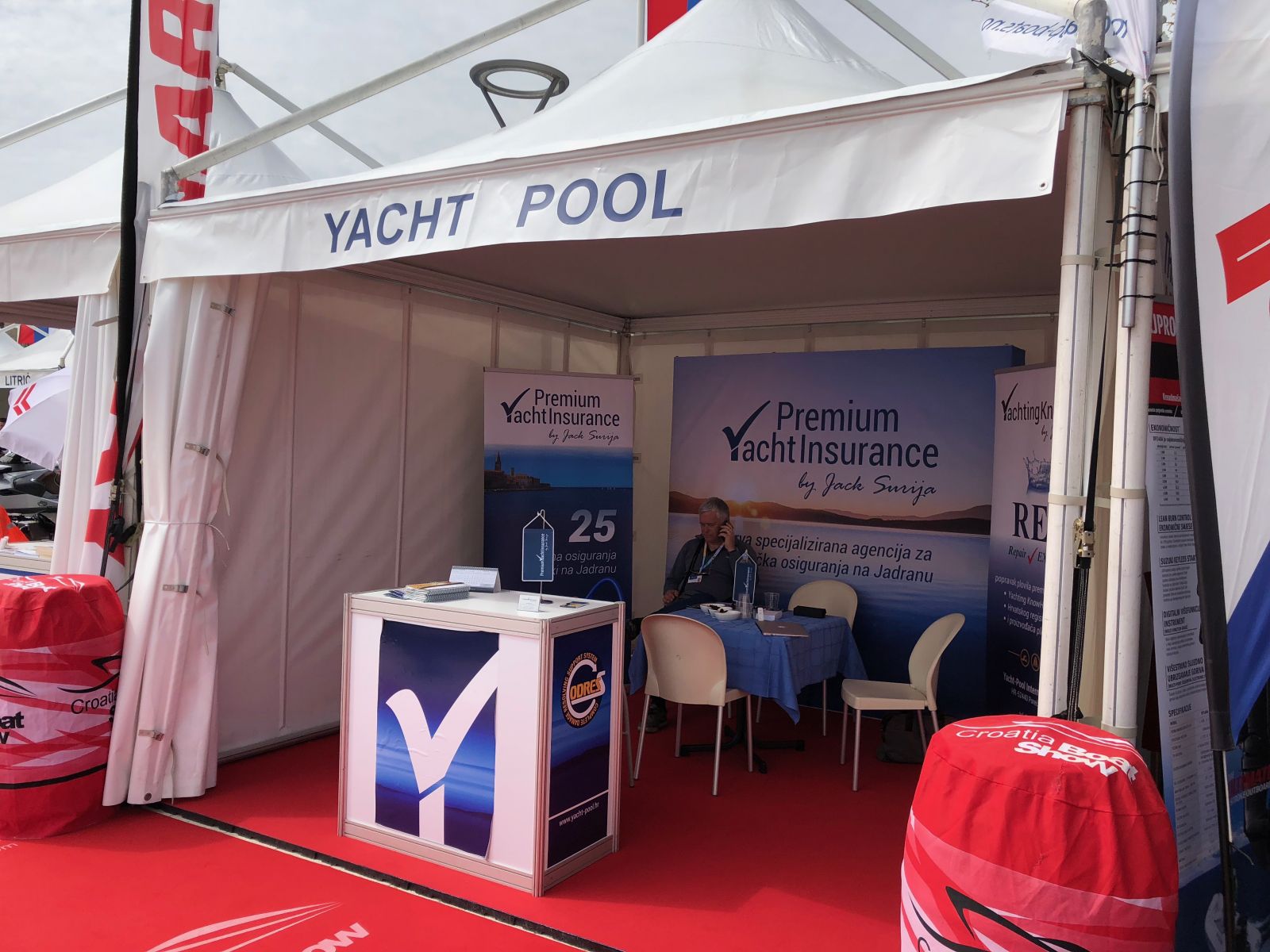 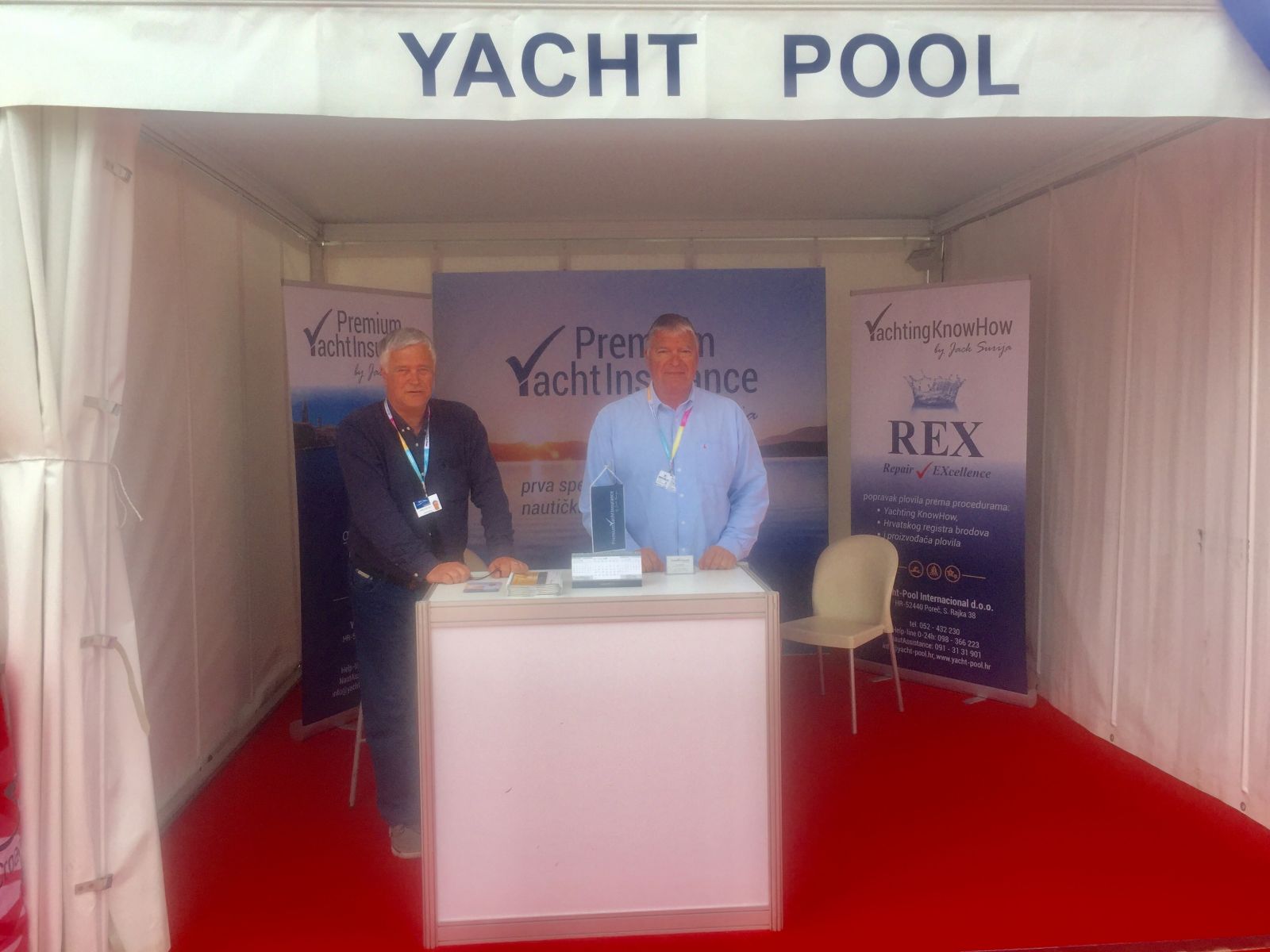