Recently, our "captain" Đek Šurija visited the largest nautical fair in Austria, Boot Tulln or officially Austrian Boat Show. As the name says, its 47th edition was held in Tulln, nice small town on the bank of Danube river near Vienna, from 1st to 4th of March. Eng. Šurija judged the show as a very good and interesting, it was clearly visible that it has gone through a great progress in the last several years gathering more exhibitors and boats on display.

He also noticed that hall 4 is slowly becoming "Croatian hall" because its large part was occupied by domestic nautical companies which, more and more, in an increasing number, each year visit Tulln. If Croatian companies that exhibit in other halls would gather there as well, it would probably be packed. Although our companies were from diverse nautical sectors, they were mostly from charter business, hence, it could be concluded that Boot Tulln is the largest "Croatian charter show" after ICE - International Charter Expo. Tulln thus offered a chance for us to visit our numerous partners before the start of the summer season, especially those charter companies which haven't exhibited at Zagreb boat show.

Austrian Boat Show covered 9 halls and about 30.000 square meters, and gathered 380 companies from 21 countries. There were just over 42.000 visitors, numbers that makes Boot Tulln the most important nautical fair in Austria Switzerland and surrounding region. Exhibiting program was really diverse along with many Austrian debuts of boats, powerboats, yachts and sailing boats up to 50 foot. Accompanying program was very contentious so it included diverse boat and water sports equipment, with SUP boards and electric propulsions being the most popular. 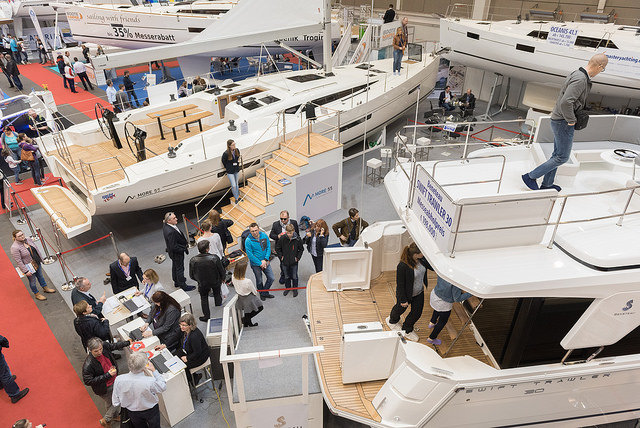 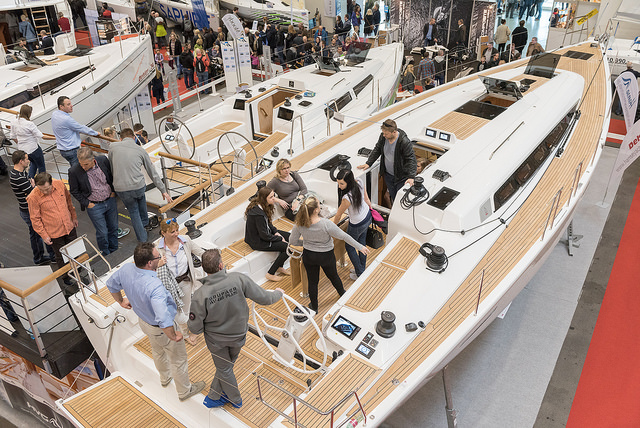 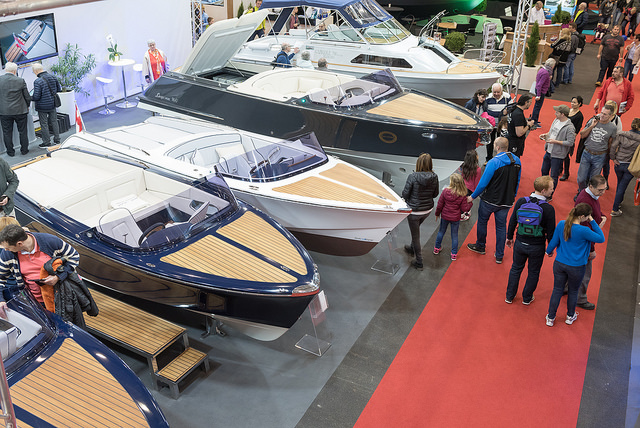 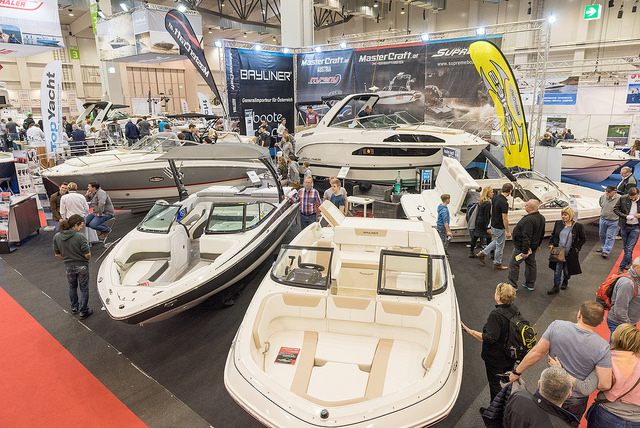